A word or two with Will Nett…

“Never heard of you, mate.”

Will Nett is about 40, from Middlesbrough and the author of My Only Boro, the book that was a bestseller in the town for three Christmases in a row.

Will is one of the most affable writers in the Tees area, and his global appeal and general popularity have seen his writing career straddle two millennia. He is an incurable backpacker, occasional banjo picker and habitual note-maker/taker, most of which have found their way into his Gonzo-steeped books, which also include Local Author Writes Book, and his riotous travelogue, Billy No Maps. He has been a Sudoku salesman, snooker table repair man, model, cinema usher and unprofessional gambler.
His latest book, The Golfer’s Lament, was submitted for the William Hill Sports Book Of The Year Award 2020.

We caught up with Will to find out more…

You have four books published already, what was your favourite book to write?
My favourite book to write was My Only Boro because it poured out of me so freely, probably as result of growing up and living in the area for most of my life. It was a pleasure to work on it, which is not something I could say about all of my work.
The experience of Billy No Maps: Teessider On Tour was life-changing as I was immersed in the adventures within it by way of travelling, but to sit down and write it was quite challenging due to its length.

How much research do you do for your books, and how?
I generally research as I write, as opposed to doing a huge of block of research first, which is perhaps uncommon in a lot of writers. As I never have a set structure as such, I’m able to experiment and put things together or move them around as I go. It sounds somewhat chaotic – and is – but it works for me. I like the element of not knowing where it will take you.

Your books have a strong Teesside feel to them – what do you love about Teesside and being a Teessider?
I love the bluntness of Teessiders, and that knack they have of puncturing pomposity and hubris. I’ve travelled extensively over the last fifteen years and always feel an affinity in places that remind me of Middlesbrough – working class port towns like Hamburg, Marseille and Glasgow.

What kind of response do you get from people in Teesside when you say you’re a writer?
See previous answer, eg. “Never heard of you, mate.” Actually, it works both ways. People are often impressed, certainly a lot more than I am by it, but they usually have a very misguided idea of what being a writer involves. The public have been very responsive and complimentary about My Only Boro in particular as it enters its second decade of being continuously in print, which is something I’m very proud of.

How do you find time to write?
Previously it was a case of whenever/wherever, trains, buses, airports, boats, which is the general nature of travel writing, but more recently I have been able to have a specific schedule in which to work. Having worked so haphazardly until now I haven’t yet decided if I prefer the new way of working.

How have you been affected by lockdown?
Aside from the problem of not being able to visit bookshops, lockdown has been hugely productive. After wading through all the unglamorously inevitable admin that comes with publishing, I’ve been able to work freely on a novel and several short stories and website articles. As the lockdown lifts, I’ll be looking for all the usual excuses to avoid writing that have served me so well in the past.

What’s next? What are you working on now?
I am currently writing a novel set in the world of organised crime, the first time I’ve attempted such a thing on this scale, as I normally work in non-fiction. Naturally, it retains many of the elements of my previous work, specifically travel, as it is partly set in the French Riviera, which bodes well for any future film adaptations.

Find Will on Facebook and Twitter, and buy his books at Drake the Bookshop in Stockton, WH Smith Teesside Park, and the Book Corner in Saltburn. 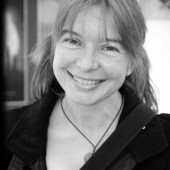 Oodles of fun for the whole family