The Tees Online is fortunate to have a host of talented, highly experienced writers and contributors who are passionate about our area. If you’d like to volunteer to join the team, please email us here. We’d love to hear from you!

Christina is the new Venue Manager for North Shire, a magical wedding and self catering holiday venue in Saltburn by the Sea, having worked for Stockton Council Events Team for four years previously. 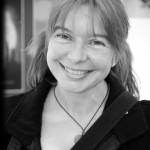 Jenna Warren runs Book Corner, an independent bookshop in Saltburn-by-the-Sea, which she established in 2014. She has an MA in Creative Writing from Teesside University, and has had short stories published by Writers Online and English Heritage. She loves writing about music and the theatre, and she hasrecently completed her first novel.'

Jessie Joe Jacobs is one of the co-founders of The Tees Online. She is also the Labour Party candidate for Metro Mayor of the Tees Valley, former Chief Executive Officer and Co-Founder of A Way Out charity, and Sunday Times social entrepreneur of the year. She is a co-founder of The Eclipse and I Love Stockton Me, and director for Food and Drink North East.

Matthew Williams is a middle-aged single dad of two from Middlesbrough who is grimly hanging onto his hair – which remains its original colour – and teeth. He started writing in 2015 following divorce and the strange, alternative reality of online dating. Matthew published his first book in December 2017 and never looked back. He’s a passionate advocate for mental health and has developed a unique new personal development course, ‘Change’, based around storytelling principles and designed to help people to make positive changes in their lives. Find out more about Matthew’s work at www.afamiliarstranger.co.uk

Max Wrigley was born and grew up in Teesside. He found a love for writing aged 19. Max is currently on the Humanities Foundation Year at the University of East Anglia and hopes to progress onto the BA (Hons) Creative Writing and English Literature degree in September. His ambition is to publish books which have underlying meanings connected to ongoing issues that people experience.

Paula McMahon works for Sir Robert McAlpine as a key worker on the A19 DBFO Project which maintains part of the strategic road network. Paula also undertakes a wider role in SRM mentoring and coaching candidates who are working towards professional qualifications. Paula has for many years volunteered with the Institution of Civil Engineers (ICE) and is currently the Teesside Branch Chair and North East Vice Chair. Paula also undertakes national roles by sitting on the Editorial Panel of the ICE Proceedings: Civil Engineering and is an ICE Reviewer. Paula also has other voluntary roles helping encourage a workforce and workplace for the future. This includes being a STEM and Apprentice Ambassador, an active member of the Women’s Engineering Society (WES) Tyne and Tees Cluster, attending as a guest lecturer at Teesside University and sitting on the North East Chamber of Commerce Transport Forum. Paula truly believes that collaboration and working together are key to success. As such she brought together and is the founding chair of Engineering Together (www.engineeringtogether.com).

Live music promoter for over 10 years, I believe in community at a very fundamental level of just being nice to each other in and around the areas we live. I play live music with projects Travis Shaw, Church Honey, Cape Cub & Our Glass. I also trail run up on the moors because it's bloody lovely up there all weathers. Profile pic by Daniel Stark.

Sophia Gowland is the owner of the Digital Marketing Agency - The Petite Agency. She has a passion for content creation and enjoys speaking to the other business owners of Teesside and sharing their stories on The Tees platform.

Sunita's love of people and their stories led her to studying radio as part of her MSc, securing a placement with the BBC Digital Planet Team. Now working for The Tees Online, Sunita is focused on furthering local voices and those less often heard, by harnessing online media forms such as podcasts and radio.

8 Posts
We use cookies on our website to give you the most relevant experience by remembering your preferences and repeat visits. By clicking “Accept”, you consent to the use of ALL the cookies.
Cookie settingsACCEPT
Manage consent